Snow came to the Usk Valley this week – though only on the hilltops, which is probably a good thing. We disagree about snow in our house; I love it and Michael just as passionately hates it. I know it can cause problems – huge problems sometimes – but I don’t see why that should prevent me liking the way it looks. If I had the power to make it snow then it would be different, but I don’t. Which means that I’m allowed to like it, husband mine!

Before the arrival of the cold, white stuff, we escaped for a little while at the beginning of the week and went across to Stratford-upon-Avon for a night. For my somethingtieth birthday in July the girls had very generously bought us tickets to see the RSC’s production of The Tempest, and had also booked a hotel room so that we could stay overnight. What a treat this turned out to be! We arrived at the hotel mid-afternoon and then went for a stroll around town. It’s a pleasant place but for some reason they have the worst taste in Christmas decorations – plastic snowmen, anyone? There was the usual mix of shops, including a small Sainsbury’s, which we made a bee-line for.

The reason for this brings me to my rant of the week: why on earth can’t hotels offer decent ‘complimentary’ drinks? I don’t remember the last time it was more than a bowl containing tubes of hideous Nescafé coffee, a handful-or-less of tiny pots of UHT milk, a couple of teabags and some hideous Nescafé de-caff thrown in for good measure – though occasionally you may also get some sachets of powdered chocolate. There’s only ever enough for the two of you to have one (small) cup each of the different brews. Maybe I’m being greedy here, but I’d like to be able to enjoy a mug of tea or reasonably good coffee on arrival…and at least two the following morning. After putting up with this sort of nonsense for too long we’ve decided to take responsibility for ourselves and have started to pack a jar of decent coffee, some coffeemate, sugar for the sweet-toothed one, and two proper sized mugs. I’m turning into Hyacinth Bouquet in my old age, obviously. Or not, because this time I forgot to take anything – hence the reason for the trip to Sainsbury’s.

We’d booked a table at the Rooftop Restaurant at the RSC, where we were fed from the pre-theatre menu. I’ve long since given up eating three courses because I end up feeling too stuffed to move but as it was a special occasion (being a deferred birthday celebration) I decided to have a glass of Calvados instead of pudding. Michael decided to have a glass of Calvados with his pudding…I think a new tradition has been born.

Anyway, the play’s the thing…and it was brilliant. Well, we all know that. Billy Shakespeare (or whoever did actually write it) was well able to spin a yarn and enchant his audience. This production took it to a whole new level though, using holographic projections and ever-changing lighting to create a world of pure magic. The actors were top-notch, as you’d expect, though the only one I’d heard of was Simon Russell Beale. My one complaint about the evening – and it’s not really a complaint, just a niggle – is that the theatre has to be the most uncomfortable space I’ve ever sat in. I suppose it’s modelled on a Tudor theatre (?) but the rows of seating are very steeply raked, so that you have to keep your feet tucked in for fear of kicking the head of the person sitting in front of you. Fortunately there’s so little room between adjacent seats that you can rely on the people either side of you to wedge you in; freed from the need to concentrate on sitting upright you’re more able to control the danger of causing injury to other members of the audience.

Dosed to the brim with culture, we returned home the following day to our little patch of this sceptred isle, just as the weather was about to take a turn for the worse. 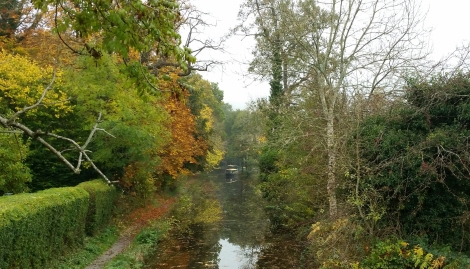 From this, on Tuesday…

…to this on Wednesday… 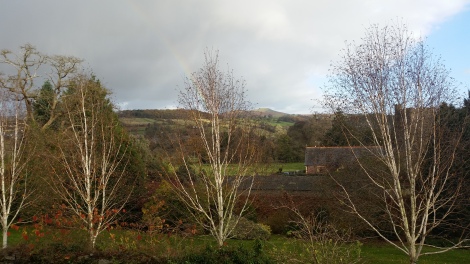 We grabbed the chance to get out for a walk on Friday and were again blessed with a few sunny hours. From the centre of Crickhowell we pointed ourselves up Llanbedr Rd which – funnily enough – leads to the village of Llanbedr. I quite like walking in lanes. They’re peaceful most of the time (though we did have slightly too close an encounter with a post office van at one point), you’re unlikely to get as hopelessly lost as if you’re on an open mountain, and you’re also extremely unlikely to become stuck in muck. This particular lane took us fairly close to one of the paths up to the top of Table Mountain. 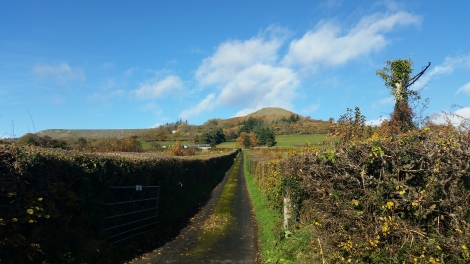 We resisted the call of the local summit and carried on towards Llanbedr. We’d driven up here once when we were house-hunting but decided it was a little too remote and quiet for us. This is a spot where you could definitely be snowed in!

The village of Llanbedr 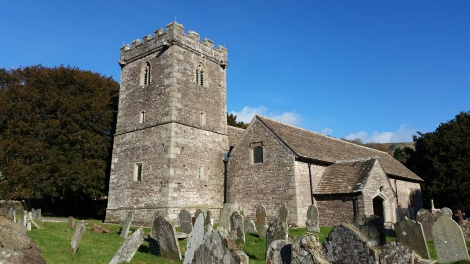 The church of St Peter, Llanbedr under an astonishingly blue sky on Friday

Unsurprisingly the church goes by the name of St Peter’s. Unsurprising if you’re Welsh, that is, so for everyone else: Llan is the name given in early Christian times to an enclosed holy site, which could be large enough to contain a cathedral, or small enough to host a tiny cell used by a religious hermit. Pedr is Welsh for Peter, so Llan-bedr is ‘the holy place of Peter’.

We went into the church (of course) but there wasn’t anything terribly interesting in there so we took a minute and a half to explore the village. I kid you not, this is a tiny place – though it has a primary school, which is good news. All over Wales folk seem to be fighting councils to keep open their local schools, so that their children don’t have to spend anything up to an hour on a bus at either end of the school day. It’s difficult for local authorities but surely in a small, mostly rural country like Wales (yes, I know most of the population is lumped in the south-east corner) there needs to be some out-of-the box thinking.

Llanbedr isn’t the end of the line – there are three roads in (and out), two of them ending in Crickhowell and the other heading off to who-knows-where. We chose the sensible option and turned back down towards home, but by the alternative lane. The views up here were gorgeous and I got a bit snap-happy.

The folded contours of the Black Mountains

November was still being fairly gentle with us, lulling us into a false sense of security. Called Blot-monath by the Saxons (because it was when animals were slaughtered so that there was meat to be salted and stored for the winter) it was – and still is – Mis Tachwedd in Welsh; Tachwedd also means slaughter. The Saxons though, had another name for it: Wind-monath. Guess why? So although we were able to enjoy the colours of Autumn on Friday and Saturday, in the early hours of Sunday morning Storm Angus blew through. There was plenty of damage in other parts of the UK but we were fairly lucky, with just some fallen tree branches and snow-covered hills to show. Most of the leaves have gone from the trees and everything is suddenly looking bleaker. Personally I can think of nothing better than sitting by the fire trying out this year’s batch of sloe gin, so it’s just as well there are some brave souls who are prepared to get out there and take on Mother Nature: 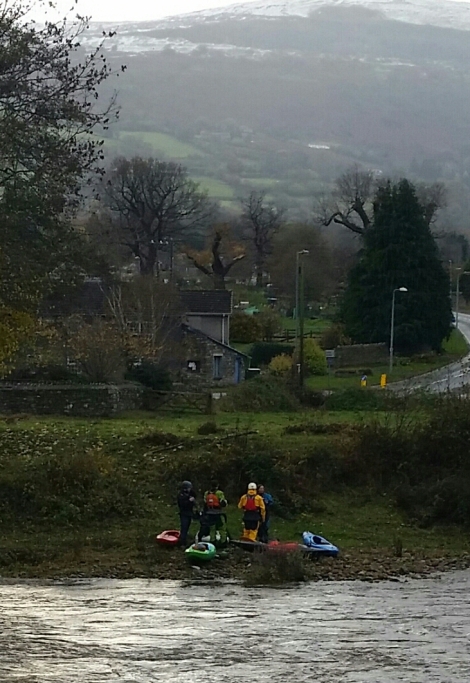 What freezings I have felt, what dark days seen! 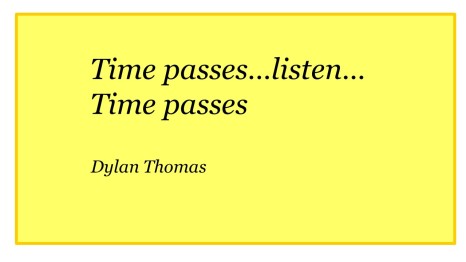